Frida Ghitis, (@fridaghitis) a former CNN producer and correspondent, is a world affairs columnist. She is a frequent opinion contributor to CNN, a contributing columnist to The Washington Post and a columnist for World Politics Review. The views expressed in this commentary are her own. View more opinion on CNN.

(CNN)One of the lessons of the past two years — and one that will come in handy in 2022 — is that when problems are real, playing political games and twisting the truth does not help to solve them. That seemingly self-evident bit of wisdom, ignored with deadly results by the previous administration, should stand as the centerpiece in another major challenge — the battle against the rise in violent crime across in the United States. 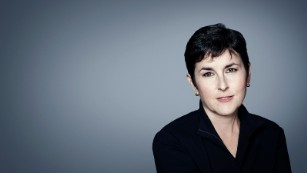 Whether you prefer Democrats or Republicans, the key here is solving the problem: stemming the rise in violence that is leaving thousands of Americans dead and millions more feeling vulnerable and unsafe.

First, the facts. The murder rate in the US exploded in 2020, up 30% from 2019, according to provisional numbers from the US Centers for Disease Control and Prevention. That was the largest single-year increase in 100 years (although it’s well below the homicide rates of the 1970s, 1980s and 1990s). The numbers have continued to rise in 2021, although at a slower rate. Other types of crime also increased but not as much as murder.

To hear the GOP tell it, this is all the product of Democratic policies, affecting cities and states led by Democratic leaders and majorities. In reality, the facts tell a different story. Crime increased last year in most states in the US. The largest increases came in Montana (84% increase), South Dakota (81%), Delaware (62%) and Kentucky (61%.) That’s hardly a geographic atlas of progressive politics.

To be sure, crime rates are higher in urban areas, where there’s higher density, and cities tend to be more Democratic than Republican. But the dominant factors are more likely related to realities of urban life — not party affiliation.So, why has the level of violence soared in the country? There’s no simple answer. The pandemic has something to do with it. People are frustrated, anxious and stressed. But the pandemic has hit the entire planet, and the crime rate has not soared across the world. The exploding murder rate is an American phenomenon.

Rising crime puts Democrats on edgeNo developed country has more guns than the US, and guns are being used in an even larger number of murders. When guns are brandished in a fight or in a robbery, the chance that someone dies is much greater.Enter email to sign up for the CNN Opinion newsletter.close dialog

Sign up for the latest thoughts and analysis on today’s news headlines, political op-eds, and social commentary.SIGN ME UPBy subscribing you agree to ourprivacy policy.Crime rates have also likely increased because of friction between the police and the community. Racial tensions and animosity have led to many police officers leaving their jobs, have made others reluctant to intervene in conflicts and have caused the public to hesitate calling police they don’t trust.In my view, another factor is the political climate. With so many Republicans arguing the system is unfair and falsely claiming elections are illegitimate and with many Democrats claiming the system is rigged to favor the rich and powerful, there is a growing sense of anger and mistrust among segments of the public.As the 2022 political campaigns gain traction, we will hear more and more claims that murders are rising because Democrats chanted “defund the police,” even though many Democrats oppose such defunding measures. Democrats, for their part, may choose to blame it all on America’s wild availability of guns.For responsible political leaders, the right approach is to tackle the problem with facts, creative ideas and effective implementation.

Smerconish: Police reform intersects with crime surge 06:28Sure, the mind-boggling number of weapons in the hands of civilians is a daunting problem with deadly consequences, and the failure to address it is a blemish on America’s system of government. Efforts to create gun safety rules should continue, but that cannot be the only focus.The elections of late 2021 already showed that “defund the police” may have been a satisfying street chant after horrifying murders perpetrated by police officers, but the public — including Democrats of all races — want policing, and many want additional officers, too. That’s one reason Eric Adams, a former policeman, was elected mayor of New York City and why boosting and improving policing was a major issue in Atlanta’s mayoral election.The Justice Department has just launched a massive $1.6 billion program of grants, with hundreds of communities across the country set to receive funds to reduce violent crime. The money will support projects on gangs, domestic violence and novel crime prevention ideas.But creative thinking on crime should not require reinventing the wheel. When one looks at the rest of the developed world, the failure of the United States is breathtaking.In the Netherlands, where I spend part of the year, the number of murders in 2020 dropped from already low figures. The total number of homicides for the entire country was 121, less than 7 per 1 million people. That’s about one-tenth the rate in the US. The capital, Amsterdam, a city of more than 800,000, suffered just one murder a month.Get our free weekly newsletter

Join us on Twitter and FacebookInterestingly, according to the European Commission on Human Rights, police only shoot to kill when it’s “absolutely necessary.” And when they shoot, they often aim for the legs of assailant. In the US, officers are generally allowed to use deadly force when they have a “reasonable belief” that their life is in danger.

I’ve watched Dutch officers interact with the public in difficult situations. They seem supernaturally focused on keeping calm and reducing tensions. The imperative of deescalation techniques is finally gaining attention in the US, where the police have seemed increasingly militarized.As you read this, you may be hearing a siren blaring in the background or have just read yet another news account of a shooting. The problem is real. Downplaying it will not do. But simply playing politics is hardly the answer. As politicians eye the 2022 elections, voters would do well to watch closely and see how they handle this challenge. Their words and their actions should tell us which among them deserve support.